The government of Prime Minister Justin Trudeau announced Canada’s cannabis record sealing program with great fanfare on Oct. 17, 2018. Thousands of Canadians are eligible. But only 436 have applied. (AdobeStock)

On October 17, 2018, thousands of Canadians waited outside cannabis shops to finally buy the drug legally for the first time in the nation’s history.

That same day, while attention was turned to the shops, the Canadian government promised to undo a great historical wrong: People convicted of single cannabis possession in the past could apply to have those records suspended.

But nearly a year after Canada passed legislation in August 2019 that allows people to apply to have their cannabis records suspended, an extremely low number of Canadians have applied. Advocates say the system is failing.

The criminalization of cannabis has disproportionately harmed Black, Indigenous and other people of colour in Canada, said Enenajor, who is also campaign director of Cannabis Amnesty, an advocacy group that wants Ottawa to issue expungements for cannabis convictions.

Black people with no criminal convictions were three times more likely to be arrested for cannabis possession in Toronto than white people with similar backgrounds, the Toronto Star reported in 2017.

Black, Indigenous and other racialized people were also disproportionately arrested for cannabis possession in Vancouver, Edmonton, Calgary, Regina, Ottawa and Halifax, according to a 2018 VICE Canada investigation.

Enenajor said cannabis convictions make it more difficult for thousands of racialized Canadians to access jobs, education, and housing, or to volunteer in their communities, among other things.

It’s a suspension, not expungement

When it comes to removing past cannabis convictions, words matter.

Canada’s program offers record suspensions but not legal expungements. An expungement would erase a conviction entirely.

In the current program, a successful applicant will have their cannabis-related criminal record “set apart from other criminal records in the Canadian Police Information Centre (CPIC) database,” according to the Canadian parole board website. “A record suspension helps individuals find work and educational opportunities and contribute to society without the barrier of a conviction for simple possession of cannabis. Individuals can apply even if they have unpaid fines or victim surcharges,” the site explains. “Individuals with only conviction(s) for simple possession of cannabis who have completed their sentence are eligible to apply.”

Expungments: only for particular circumstances

Canada has reserved expungements for criminalization that was “historically unjust,” Enenajor told Leafly, such as Canadians who were criminalized for being gay—and government officials in Ottawa have said that simple cannabis convictions do not meet the same criteria.

“They’ve said the (cannabis) law itself was just and not discriminatory on its face, and it’s just the implementation of the law that was unjust,” Enenajor said. “Whether that makes sense? No, I don’t think so.”

Still, Cannabis Amnesty continues to push for expungements, which unlike pardons would completely delete cannabis conviction records. The group also wants the government to make the process automatic “rather than burdening people with having to make the application.”

“We don’t think that the burden should be placed on individuals who continue to suffer for something that’s no longer illegal,” Enenajor said.

The Parole Board of Canada says there are no “definitive statistics” for the number of people with simple cannabis possession convictions.

David Lametti, the federal justice minister, said last year that the government estimates that over 250,000 people have past cannabis convictions, and that “thousands” would be eligible for the expedited pardon process.

“This is particularly significant for marginalized communities in Canada, who have been disproportionately impacted by the enforcement of previous cannabis laws,” Lametti said in a statement.

Prime Minister Justin Trudeau has also acknowledged the disproportionate harm the criminalization of cannabis has had on racialized Canadians, calling it “one of the fundamental unfairnesses” of the previous system. “It affects different people differently,” he said in 2017.

That year, just under 40,000 Canadians were charged with cannabis possession, according to the national statistics agency.

Why? Many tied up in the system

Why so few Canadians have applied for cannabis pardons is unclear though.

The government says some people who may have been eligible have died, some may have already received a pardon, and some have other convictions on their records beyond simple cannabis possession.

“Individuals with simple possession of cannabis convictions might also have other convictions such as theft, or mischief, which would make them ineligible for a no-cost, cannabis record suspension,” said a spokesman for the board, Mark Montreuil, in an email.

Kim Pate, a federal senator, also said some government officials have argued the low number of applications stems from the fact that individuals do not want to draw attention to their past conviction.

“It’s hard to know exactly why it’s low,” Pate told Leafly. “To my mind though and in my humble opinion, it doesn’t excuse the government from actually taking a more robust to just ensure that those records are removed.”

Like Enenajor, Pate said removing the bureaucratic burden and costs people must incur to make an application is key.

“To require that they actually apply for [record suspensions], rather than making it automatic, I think was a mistake,” she said.

While Canada waived a C$645 (about $475 US) fee to apply for a cannabis record suspension—and it expedited the usually months-long process—applicants must still pay for the police or court documents and fingerprints they need to include in their application.

In an email to Leafly, the Parole Board of Canada acknowledged “that costs may be incurred” to retrieve these documents. The average processing time before April 3 was 6.5 days, the board said, but the COVID-19 pandemic has reduced its capacity and delays are now expected.

As it stands, the record suspensions apply to records kept at the federal level, including Canada’s federal police force (RCMP), and mean “that a search of the Canadian Police Information (CPIC) database will not show that the individual has a criminal record or a record suspension.”

The board said most agencies at the provincial and municipal levels also restrict access to the records once they are advised of a federal suspension order.

Mary-Liz Power, a spokeswoman for Canada’s department of public safety, said making applicants provide documentation to prove to the parole board that they were only convicted of simple cannabis possession helps ensure that information is properly verified.

“An application-based system is the most effective way to ensure both broad access to pardons and informed decision-making,” Power said in an email.

But Enenajor said it would be much simpler for the government to find the records in its system and delete them. “All over the US there are municipalities and states that are doing that,” she said.

A number of US cities, including Los Angeles and San Francisco, have expunged cannabis convictions en masse, aided by software written by the non-profit group Code for America. In those cities, municipal officials did the work. The people affected did not have to apply or go through an arduous and costly process.

Enenajor said Cannabis Amnesty intends to send a letter to Canada’s minister of justice demanding he assess the impact Canada’s cannabis legislation has had on Black, Indigenous and other racialized communities.

She said the current push for police and criminal justice reform in the United States and Canada—sparked by the recent police killings of Black and Indigenous people in both countries—is a good opportunity to look at the effects of Canada’s laws so far.

“I don’t know how responsive the government is going to be,” Enenajor said, “so we just have to keep pushing.”

Pate, the senator, has also drafted legislation that would allow criminal records to be expunged (or “expire”) automatically after a set time has passed without any new convictions, and would eliminate the fees and application process altogether.

But she said that to date, Trudeau’s government has not agreed to take on the bill.

“The legislation is there, it’s ready to go,” Pate said. “The obvious question is, why not? And why not now when there’s such a significant call for this sort of approach?” 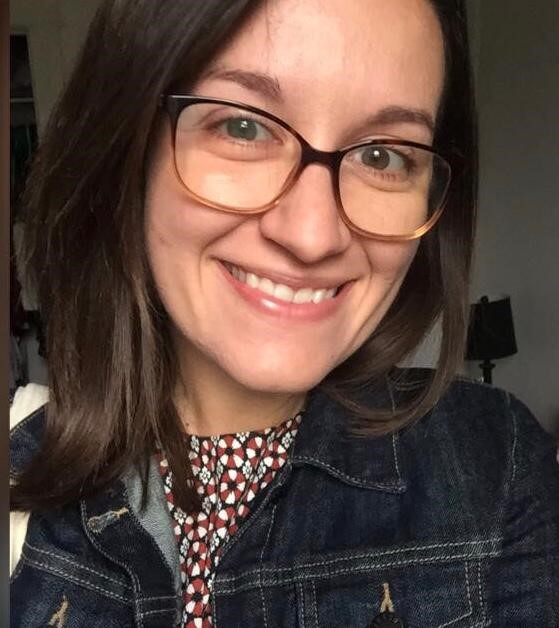 Jillian Kestler-D’Amours is a freelance journalist based in Montreal, Canada. Her work focuses on human rights, immigration, and Canadian politics.